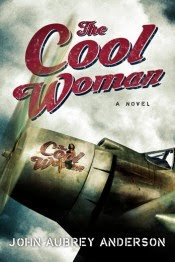 Bill Mann was an orphan, and he really was not Bill Mann.  As a young teenager, he and his momma had been on a trip, when they were stopped and pulled out of their car and beaten by a group of white kids, he had killed the leader of the group, and it turned out his mother was a Congresswoman.  Taken in by a family, they all changed their identities to save him, and to keep him safe.
Now Bill Mann was grown and in the Air Force, determined to put those demons in his past behind him and to be the best pilot in the Air Force.  Meeting and falling in love with a beautiful woman who reminded him of his 'adopted grandmother' distracts Bill, but after marrying Pip, he stays on course.
Being sent to Vietnam, totally derails him though and turning to liquor he is not sure he can put the demons in his past behind him.  Will Bill drown in the bottle that has him bound up?  Will he win the war that rages within him?  Will Pip always love him and stay with him?  Questions only answered by reading this thrilling book
A story of intrigue, a story of war, and a story of redemption.  You will not want to miss this book.  Scheduled to release July 1, 2010.  352 pages $14.99 US 4 stars.

This book was provided for review purposes only.