Susan Elaine Jenkins has lived in China for 11 years, teaching the performing arts in international schools. SCADALON is her provocative memoir which includes fascinating stories of people and life in the great country of China, which few of us have visited, but where God is working mightily. God has also worked mightily in Susan's personal life and she has an important story to share.

Q: First of all, tell us a bit about yourself.

Susan: I am a teacher. I was born into a family of preachers and teachers, and I always had a keen desire to teach. I began the first year out of college (Point Loma Nazarene University) and my career has taken me into the hearts and lives of many unforgettable students. Much of my time is occupied with continuing education and professional development opportunities, which opens up new areas of thinking and learning as I go.

After teaching in California private schools for 19 years, I moved to China, where I have focused on teaching performing arts in 3 different international schools. I am a seasoned foreign expatriate these days and yet, the daily adventures of living in Asia continue to surprise me.

Q: It seems that some parts of your book were passages right out of your journals through the years. Is that right? Is it hard to share these publicly, when you probably thought of yourself as the only audience at the time?

Yes, they were taken directly from my journals - especially the conversations between Dr. Travis and me. Those 3 difficult months were mind-numbing days. Writing everything that happened at the end of every confusing day helped me make more sense of it all.

Once I was in China, the conversations with Ouyang were important to me, as well, and I also kept detailed accounts. I knew I needed to have those talks recorded somewhere where I could retrieve them - they were too special to forget. The experiences I was having with my Chinese friends were very precious; China was rapidly developing and nothing would be the same again. I recently visited Tianjin and was stunned to see the progress made - the sleek commercial buildings and tall apartments that have replaced the ancient hutongs near the streets where I once lived and worked.

Yes, I assumed my journals were for my eyes only, and it has been difficult opening up these details to the public. There have been many starts and stops for me to this process and times when I wanted to forget the whole project.

Q: Was there any deciding factor that made you think you should try compiling your notes into a book and to try to get it published? What encouragement did you get along the way?

A friend from the UK convinced me to begin a blog. The idea of sharing my stories was inconceivable, at first, but as time went by, I got to know my readers. Little by little, I opened up the pages of my journals with them, interspersed with a few of the details of daily life in Asia. To my surprise, my online friends began commenting and sending me private letters filled with their own pain. I wanted to let them know that there really is healing and light ahead, that God’s promise really is authentic: He is a God who heals.

Q: Are there any character embellishments? Some people in your book seem almost larger than life!

No, the characters are written exactly as they are. Conversations are word for word, in most cases. I wanted to present the strong and good qualities of my former husband, Kyle, for example, as well as the perplexing reality of our marriage. The words of Dr. Travis (not his real name) were etched deeply into my memory, of course, as those were life-changing words of an experienced sexual predator - impossible to forget, much as I tried. And then the amazing friends I met in China were such distinctive people! I remember thinking: How can I tell the world about Mrs. Hua and her cozy dinner parties with fish swimming laps in the bathtub? How can I explain how marvelous Apple is, with her heart that simply listens to God as she finds her way around the French Riviera? I wanted to share the story of Angel's frustration at being 30 years old and single in the Chinese culture. These are incredibly real and strong people who desire the same things we do in America. They taught me so much.

Q: You moved to China to get away from memories that were haunting you? At what point did China start feeling like "home" to you, and less like the completely foreign distraction it first was?

A great job offer came up, and yes, I was anxious to have a completely new start. Before I left for China, someone told me, "Susan, you can never get away from this. Sooner or later, you will need to face all that's happened in your life. You will need to go through the grieving process and admit that you have lost so much." He was right. I did have to face it, but that happened slowly, almost imperceptibly, over a long period of time. Being in China helped me gain perspective of what God wanted to do in me and through me.

I guess it was near the end of my first school year that I realized China had become a second home. I was walking along the hot, muggy streets with Ouyang, and I realized I was reluctant to go back to America. He said, "Do you have to go back? Why don't you just stay?" That possibility hadn't occurred to me until that point and I muttered something about it being too hot during the summer months to remain and that most of the teachers returned to their home countries for the holidays. Years later, I found I could stay for the summers and feel very much at home.

I think the idea of feeling at home in China has to do with the fact that I began feeling "at home" with God. And that, for me, involved a great spiritual healing and coming back to a point of rest within God's heart; being glad to be in His loving presence; knowing that all my sins are utterly forgiven and cast away; and, sensing His divine heart of grace. Home has literally - for me - become His own Heart.

Q. Where might we find out more about you and Scandalon? 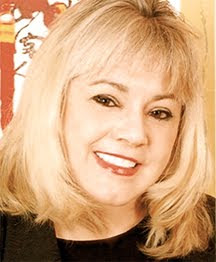