Debut author Leeana Tankersley constructs a literary collage of memories and mementoes from living in the Middle East during the Iraq War in her travel memoir, Found Art: Discovering Beauty in Foreign Places (Nov. 2009). She reflects on discovering beauty in a foreign land by weaving together her experiences living in the Persian Gulf for a year.

After marrying a Navy SEAL, Tankersley moved over 8,000 miles away from her home in San Diego to Bahrain where her husband was stationed. She retraces her steps through the Middle East, and she recalls the subtle changes in herself that left her utterly transformed. Somewhere between bartering in a souq, a Middle Eastern market, and wearing a borrowed abaya, an Islamic overgarment, to tour the Grand Mosque, Tankersley found a profound beauty in the unknown that sunk beneath her skin.

Found Art is an insightful collection of stories that Tankersley crafts into a literary piece of artwork. With an artist’s eye she combines bits of memories and trinkets – a handwritten note from Kuwait, a braid of fringe from a Persian rug, a Navy SEAL Trident – to create her own piece of Found Art. She celebrates what most would overlook – a receipt from the Russian-Georgian restaurant on Louisiana Street, a bit of basting thread – to piece together a work of unexpected beauty.

“Writing, for me, is often about two things,” says Tankersley, “creative processing and authentic giving. The book has been my way of working through, and then salvaging, the bits and pieces of Bahrain. In that sense, I wrote it for myself, so that I would never forget. Also, I wrote the book for those who are feeling lost, as I have felt so often. Ideally it offers the honest gifts of permission and validation and hope and beauty.”

Perfect for book clubs or small groups, Tankersley includes discussion prompts broken down by chapter for personal or group reflection. Tankersley invites readers into her deepest insecurities and her greatest joys of living in a foreign place. Her writing encourages readers to discover the beauty of the foreign places in their own lives – whether it be a year abroad or entering a new season of life. 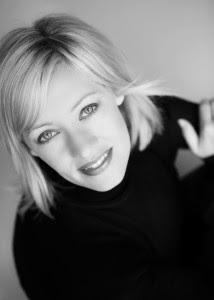 A native of San Diego, Leeana Tankersley received her B.S. in English from Liberty University and her M.A. in English from West Virginia University. After marrying her husband, Steve, Leeana lived in the Middle East during the Iraq war and returned to San Diego to work at Flood Church. She and Steve now live in Coronado, California with their twins Luke and Lane.