Interview with the author of Double Cross 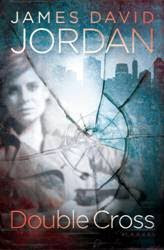 Double Cross is an action-packed story that provides thrilling twists and turns as well as a thought-provoking look at the personal and spiritual struggles of characters who are as complex as they are flawed. Ultimately, it’s a story of self-examination that describes Taylor Pasbury’s journey toward the conclusion that some sacrifices can never be earned.

Q: Double Cross is your third novel, but writing is not your full time job. You are a successful business attorney. Tell us how and why you started writing.

A: I’ve always enjoyed writing and always considered it a challenge to write a novel and get it published. Like most beginning writers, I was naïve and didn’t know how much I didn’t know about writing. I knew that when I did write, I wanted to write about life’s "big" issue which, at least in my mind, is faith.

Q: How much of your inspiration for writing novels comes from your true life experiences as an attorney?

A: Very little really. I don’t want to write about work because it would be too much like being at work. Writing and sports are what I do to get a break from being an attorney.

Q: Your latest book is a follow-up to Forsaken in which your main characters were presented with what seems an almost impossible dilemma. Can you share what that situation was and why you chose to address this thought-provoking topic for your book?

A: In Forsaken, a famous televangelist is forced to decide between his faith and his daughter’s life. It’s a dilemma that is perfect for a Christian suspense thriller. I chose it because of the Bible verse that says that if we don’t love Jesus more than our family members, we’re not worthy of him. That’s a tough rule, and I wanted to explore what it would be like to be faced with that choice.

Q: Double Cross continues the story of Taylor Pasbury. Tell us about Taylor and what makes her tick.

A: Taylor was raised by her father, a former Special Forces officer, after her mother ran out when she was a child. Taylor knows how to take care of herself and did stints on a Dallas SWAT team and in the Secret Service before opening her own security agency. She’s the person you want next to you in a crisis, but she is terribly insecure on a personal level which makes her attractively vulnerable. Her father was murdered when she was seventeen, and she’s been adrift. She’s not someone anyone would describe as a religious person which makes her an interesting narrator for a novel with a Christian theme.

Q: You have a knack for weaving deep spiritual truths into intriguing story lines. What’s the secret to making a spiritual point without creating a plot that seems too contrived?

A: The trick is to find a story idea in which the characters would naturally be expected to think about spiritual angles. Let’s face it. Despite what the popular press and Hollywood would like us to believe, the average person in this country does think about spiritual issues—not necessarily daily or even regularly—but not just rarely, either. Some events in life naturally focus the ordinary American’s mind on the spiritual. Even people who don’t consider themselves religious are generally willing to consider spiritual issues as long as they’re not presented as part of an evangelical bludgeoning.

Q: This book deals a lot with abandonment. Was there anything in your own life or in the lives of others around you that made you take on this difficult subject?

A: Perhaps, but Double Cross is not a book about me or about anyone I know. My characters tend to be composites, with characteristics of many different people I’ve met.

Q: In Forsaken, Taylor Pasbury deals with the pain of losing her father. In Double Cross, she is set alongside her eccentric mother. What do you hope comes across to readers through Taylor’s relationship with her mother?

A: In many ways Taylor’s mother is remarkably self-absorbed, but Taylor comes to understand, at least to an extent, why it is so difficult for her mother to give unconditional love. She also learns some important things about how faith and forgiveness work. Most importantly, she learns that grace can never be earned.

Q: Taylor, like so many young adult women, has difficulty finding men that she can trust. Talk about the connection between a young woman’s relationship to her father, and how that translates to her relationship with other men. Is there a connection there that you hope will penetrate your readers?

A: First, I don’t pretend to have any unique insight with respect to a twenty-nine-year-old woman’s dating relationships. I didn’t even understand that when I was twenty-nine myself. But I do know that Taylor is hyper-critical of men, perhaps because she believes that none of them can measure up to her father (who made a terrible sacrifice for her when she was young). She has difficulty identifying a good man, even when he’s right in front of her. Like many young women, I think, she’s attracted to the bad boys. For Taylor, part of dealing with the many problems her background has created for her is learning that there are some good men out there if she’ll just cut them some slack.

Q: You write about characters who are very flawed and sometimes self-destructive. Why have you chosen to present a message of faith through such messy characters?

A: I don’t think anyone gets much out of reading about religious super heroes. We’ve all got our faults and our problems, and Christians don’t have to be perfect people. In many ways, I almost think God likes us better when we don’t try to act so perfect and instead acknowledge our own flaws.

Q: Is this the end of the road for Taylor Pasbury, or will we see her again?

A: Right now, it looks as if Taylor is going to appear again in a Michael Crichton-style techno thriller. She is going to walk the border line between science and religion when she’s hired to protect an orphan boy who has a baffling ability that causes a lot of powerful world players to want to get their hands on him. I just need to find the time to write it.

Visit the author’s website to view the trailer - www.jamesdavidjordan.com


This interview was provided by B & B Media group

My interview of this book

Taylor Pasbury, has a history. A violent history. Only 29 and raised by a father who was a former Special Forces Officer, abandoned by her mother at nine, Taylor's life has not been easy. Her father was murdered when she was only seventeen and she was alone. All the training from her father has caused her to turn to a career in private security.

Simon Mason World Ministries, needed a security officer, and Taylor was perfect for the job. A huge international ministry, Simon Mason has been threatened by a blackmailer, and his daughter was kidnapped, and he went to rescue her and was murdered. These are all things of the recent past, and this novel takes up the story, setting the scenario described.

Half a million dollars is missing from the ministry, and fingers originally pointed at Simon Mason. However, after his death an internal audit shows that it is his assistant Elise, who has misappropriated the funds. A visit for confrontation is scheduled. Only when Taylor and Kacey, Simon's daughter arrive, they find Elise in her car in the garage dead. Suicide is the initial ruling. But something is not right. Follow this story as Taylor dives into a investigation that will endanger her, Kacey and her mother, who has reappeared into her life.

James David Jordan, has written an excellent mystery for all suspense lovers. This book will keep your interest and you will finish wishing for more. Most definitely a book to share with others! A five star rating is well deserved for this author and book. 302 pages $14.99 US

Release date October 1, 2009
Available at your favorite book store, where B&H books are sold!!
This book was provided by B&H Publishing for review purposes only, no cash or payment of any kind was received for this review