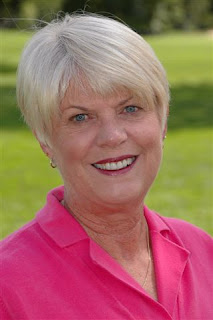 Andrea Sisco, is a author coming out with a new book in July, and this is an interview I did with her about herself and the new book..


Tell us briefly about yourself?

I am first a child of God! A follower of Christ. I'm not always successful at being what God asks me to be, but I strive. I am an ongoing and unfinished project.

I also am wife and best friend to Bob Pike (he's a professional speaker and the author of 28 business books), mother of six children (four of our children are adopted from Thailand and Korea) and stepmother of six children. Yes, that is a total of twelve! We are expecting our 19th grandchild (a boy) in early June. That's a whole lot of birthdays to remember. It's also a whole lot of lovin' to give and receive.

Bob and I travel extensively. We live in Minnesota during the summer months and Arizona during the winter months.

I've had an eclectic career as a probation officer (thus my heroine's chosen profession), television host, flight attendant, book reviewer and adoption activist. I've played myself in a film written by Holiday Reinhorn (Rainn Wilson of The Office, wife). I read (all the time) and love to quilt (art quilts and quilts for family and friends). I swim about four days a week (it helps my lower back—lifting all those babies, you know).

I am the co-founder of www.armchairinterviews.com, a web site that reviews books and interviews authors. We've received the Writer's Digest best 101 Web Sites for Writers each year we've been in existence.

What is the title of your book coming out, and when will it be available?

My book is a humorous mystery titled A Deadly Habit and it will be released July 17, 2009. And I am so excited!

Check out my web site www.andreasisco.com for information about the book and to learn more about me (should anyone beyond friends and family be interested).

What peaked your interest to write? And why a mystery?

I tend to view life internally, as a film. To express the way I look at the world, writing seemed the way to go. I've read mysteries all my life. Those early Nancy Drew, Trixie Belden, Judy Bolton and Cherry Ames mysteries were delicious and set the stage for my reading experience. I believe those YA mysteries helped me ask questions, search for answers and developed my imagination. To this day I would rather read the book than watch the film version. My imagination is often more fertile than the film director. Or at least it's more to my liking.

How long have you been writing? Have you published any other books for us to look for, or short stories?

I've always been writing, just not novels. I only became serious about writing three years ago. I took the idea I had for a mystery involving a Minneapolis probation officer (my former career) and fleshed it out. I am as shocked as anyone that I sold it. I don't think I could write short stories, I'm too wordy. Why use one or two words when you could use twenty.

While your book is not a Christian fiction book, did your faith influence your writing this book?

I wrestled with writing in the Christian market, but realized that many others (including friends) were doing that writing. I thought there was room in the secular publishing world for a Christian who wrote clean, madcap mysteries. You know, Stephanie Plum travels to the Midwest and meets her twin in Penelope Santucci.

Penelope (my heroine) is a flawed character. She's a 'walking attitude' and more than a little self centered but she learns (a little) from her choices. And she's a nice woman with good values. Now she struggles with those values, but she understands consequences and while she may repeat mistakes (don't many of us keep on doing the same thing over and over before we learn it doesn't work) she recovers nicely and has a cadre of helpers (a priest, a nun and a hunky lawyer) that keep her out of deep trouble.

Watch for Deadly Habits, to be released on July 17 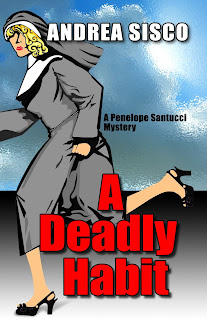