MyThoughts:
I enjoyed this book so much, my heart felt the pain Judith was experiencing. I loved reading about the tradition of making the ornaments. The faith message in this book was very subtle, and not overbearingly religious. God is mentioned, church attendance and messages failed to cheer up Judith as she struggled with holiday depression. I enjoyed the story and think it is an important reminder to all, that depression is a major issue for some during the holidays. Be thoughtful of that. 4 stars for a very well written story.
This book was provided for review purposes only, no payment was received for this review. 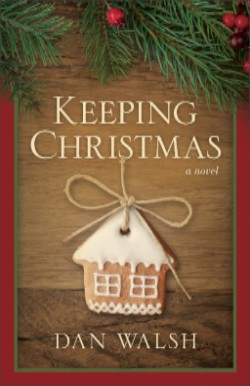 Stan opened the ugly ornaments box and pulled out the top three ornaments, the ones wrapped in green paper, the kids' favorites, and set them on the coffee table. He picked up the first one, the biggest one--Anna's blue pinecone--and began to unwrap it. Without thinking, Judith walked up, stopped him, and gently took it out of his hand. She wrapped it back up, set it carefully in the box. Then picked up the other two ornaments, put them in the box, and closed the flaps.

"What's the matter?" Stan said. "Did I do something wrong?"


Nothing is more beautiful than family

For the first time since their children were born, empty nesters Judith and Stan Winters spent Thanksgiving without the kids, and it's looking like Christmas will be the same. Judith can't bring herself to even start decorating for the holiday; her kids always hung the first ornaments on the tree, ornaments they had made each year since they were toddlers. Sure, the ornaments were strange-looking--some were downright ugly--but they were tradition.

With Judith refusing to decorate the bare spruce tree in their living room, Stan's only hope for saving the holiday is found in a box of handmade ornaments . . .


Dan Walsh is the bestselling author of several books, including The Unfinished Gift and The Restoration Series with Gary Smalley. He has won three Carol Awards, and three of his novels were finalists for the RT Book Reviews Inspirational Book of the Year. A member of American Christian Fiction Writers, Dan served as a pastor for twenty-five years. He lives with his wife in the Daytona Beach area, where he's busy researching and writing his next novel. Learn more at www.danwalshbooks.com.