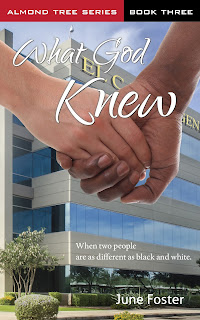 
Neonatal specialist Dr. Michael Clark is passionate about saving the lives of premature babies. But the pediatrics department at El Camino General can't provide the care many of his preemies require. Now he wants to build a specialty hospital where he can better care for his young patients.


Tammy Crawford is an accomplished geriatrics RN who wants nothing to do with her sister Joella's religious beliefs. She's independent and doesn't need anyone, including God in pursuing a new job as a nurse practitioner.


When she falls in love with the intriguing Michael Clark, she must reconsider her resolve to devote herself completely to her career and not be distracted by a romantic relationship. Now the obstacles are insurmountable. She's in love with a man from another culture and a different race.


Can two people who are as different as night and day find a life together?
About June Foster 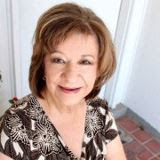 An award-winning author, June Foster is also a retired teacher with a BA in Education and a MA in counseling. In 2013, June's book Give Us This Day was a finalist in EPIC's eBook awards and in 2014 a finalist in the National Readers Choice Awards for best first book. Ryan's Father won The Clash of the Titles book of the month for January 2014 and was one of three finalists in the published contemporary fiction category of the 2014 Oregon Christian Writers Cascade Writing Contest and Awards. Deliver Us was a finalist in COTT's 2014 Laurel Awards. June has written four novels for Desert Breeze Publishing. The Bellewood Series, Give Us This Day, As We Forgive, and Deliver Us, and Hometown Fourth of July. Ryan's Father is available from WhiteFire Publishing. Red and the Wolf, a modern day retelling of Little Red Riding Hood, Books One, Two, and Three in the Almond Tree Series, For All Eternity, Echoes From the Past, and What God Knew are all available from Amazon.com as well as Misty Hollow. June enjoys writing stories about characters who overcome the circumstances in their lives by the power of God and His Word. June uses her training in counseling and her Christian beliefs in creating characters who find freedom to live godly lives. Find June online at http://junefoster.com, @vjifoster for Twitter, and http://facebook.com/AuthorJuneFoster.