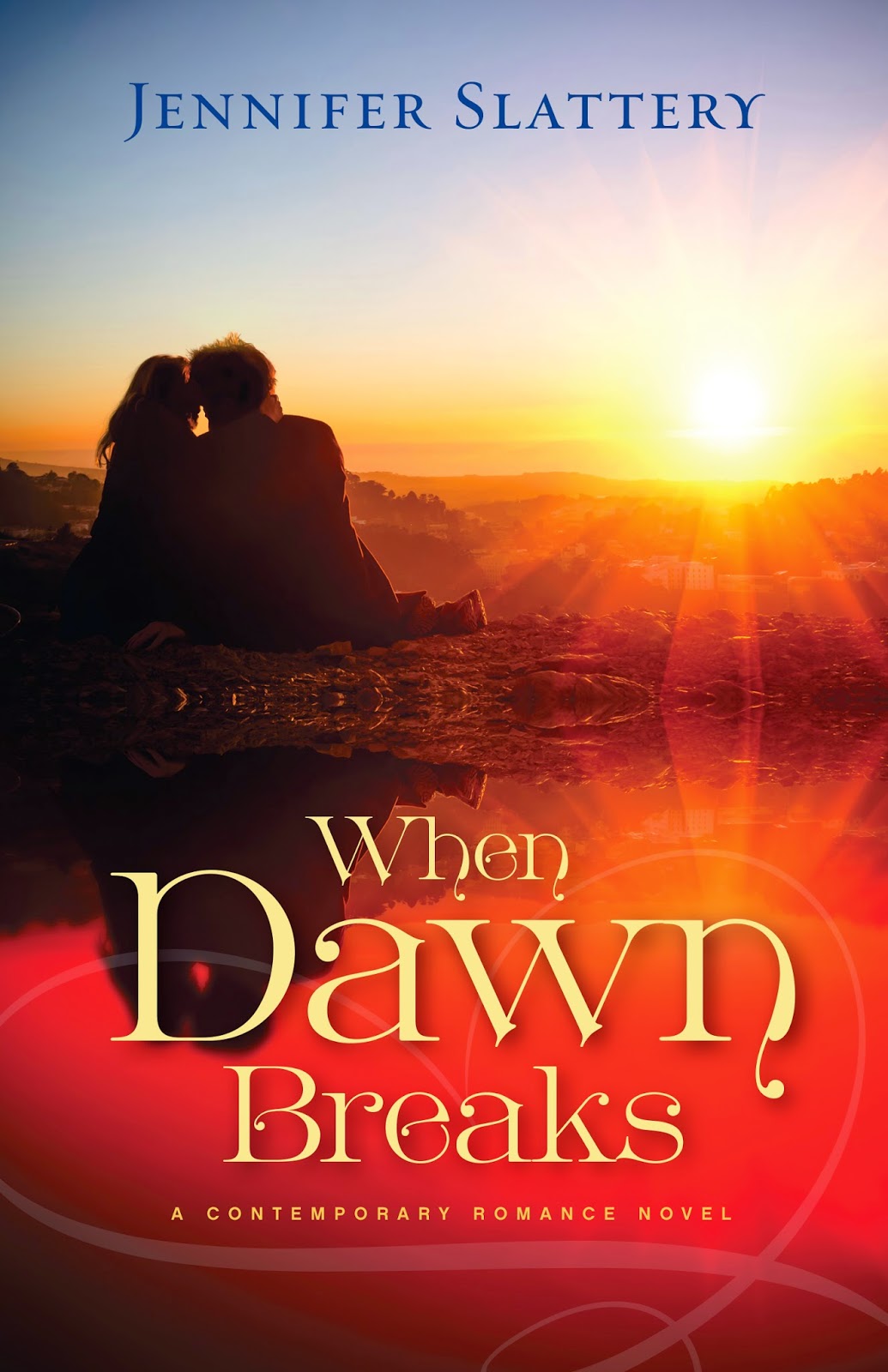 Can you tell us more about this book?

When Dawn Breaks is about a realtor who’s displaced by a hurricane. Jacqueline Dunn has a strained relationship with her adult daughter and a lifetime of regrets. Seeing the storm as a chance to begin again and reconnect with her embittered daughter, she heads north to Willow Valley, where her daughter lives.

While there, she encounters three children, also displaced by the storm and who are in desperate need of aid. Meanwhile, she forms a quick friendship with a widowed railroader named Jonathan, a friendship that begins to blossom into more. But just when their relationship begins to flourish a conspiracy at Jonathan’s work threatens to send him back to Alta Loma, California, where he came from.

Jacqueline fears he won’t be the one she can lean on during the difficult days ahead. And then there are the three orphans to consider, especially Gavin. Must she relinquish her chance of at love in order to be restored?

What inspired you to write it?

The initial inspiration came from a sweet woman in my old church in Kansas City named Gale Perkins. This woman, though single and in her fifties, began to sense God’s call to get involved in foster care. That had to have been frightening! And yet, she answered that call and took a hurting tween into her home, going on to adopt her. It was so inspiring watching this family’s journey, and it was beautiful to see God’s healing, restorative hand in the adoptee’s life.

I began to think of her “yes” to God, and all the reasons she could’ve said no. I then began to think of all the reasons I myself am often tempted to say no, and I believe a major reason has to do with fear and feelings of inadequacy. And yet, God is not limited by my limitations! This whole inner dialogue became the catalyst for When Dawn Breaks.

I wanted to write a story based on Gale, and yet, I wanted to take it a step further. What if my heroine was not only older and single, but what if she was a new believer? And what if she had major regrets, much of which stemmed from guilt over how she’d parented her own child. Could God use her, a woman who felt she’d failed her daughter, to bring hope to the poor, hurting children she encountered?

What character did you most connect with?

This might sound odd but probably Gavin, the thirteen year-old boy Jacqueline grows attached to. Poor kid, not only does he feel unloved but he feels unlovable. That’s a hard inner lie to squelch, one I believe can only be conquered by God’s healing hand, and that healing usually doesn’t come quickly. But it is possible, and when it occurs, it’s absolutely beautiful. That’s when grace really clicks. 

You say this is the most romantic story you’ve written to date. Can you share why?

It was, and that was because my husband helped me with it. You see, like Jonathan, my husband is a railroader. He has been for almost thirty years, and as such, he lives, breathes, and dreams trains. (I have no idea how he’ll survive retirement! I foresee frequent Amtrak trips in my future! Hoorah!) In other words, he’s as expert as they come, and I needed his expertise as I wrote. He was so sweet, answering my questions, brainstorming potential plot threads with me, reading over my story once it was written. It was so incredibly romantic to bring my two loves together—writing and my honey. And yes, to answer your unspoken question, there are bits of him, and of us, actually, sprinkled throughout the book.

This story is about hurricane refugees. I heard you were involved in Katrina support efforts. Can you share a little about that?

I was, and oh, my, was that a haunting time. We’d only been in Louisiana a few months when Katrina hit. Although we were far enough away from touchdown to remain safe, our city was flooded with refugees. Everyone was in emergency mode as there were more people coming in than we knew how to deal with. The church we belonged to at that time mobilized instantly, collecting food, clothing, toiletry supplies—you name it. Then we lined everything on our church pews with signs labeling what was where so refugees could come get what they needed.

Many folks hung out at the local libraries, waiting on computers so they could file for FEMA, contact family, get news updates. I remember going with our daughter, who was eight at the time, and being struck by the complete emptiness in the faces all around me. Parents were so broken. They had vacant looks on their faces, and just sat there, staring, while their kids roamed about. So I decided to start reading the kids stories, just to give the parents a break. I’ll never forget the look of teary-eyed gratitude on one father’s face as I did so. Because he dearly loved his kids, he just didn’t have anything to give at that moment.

I’ve never forgotten that image or that entire experience. There were so many incredible God-moments. But isn’t that how it is? When life knocks us down, He’s right there to catch us and hold us through it, bringing His children to give us the love and support we need.

What is one thing you hope readers will take away from this novel?

That God can bring hope and purpose from our greatest tragedies, failures, and regrets. 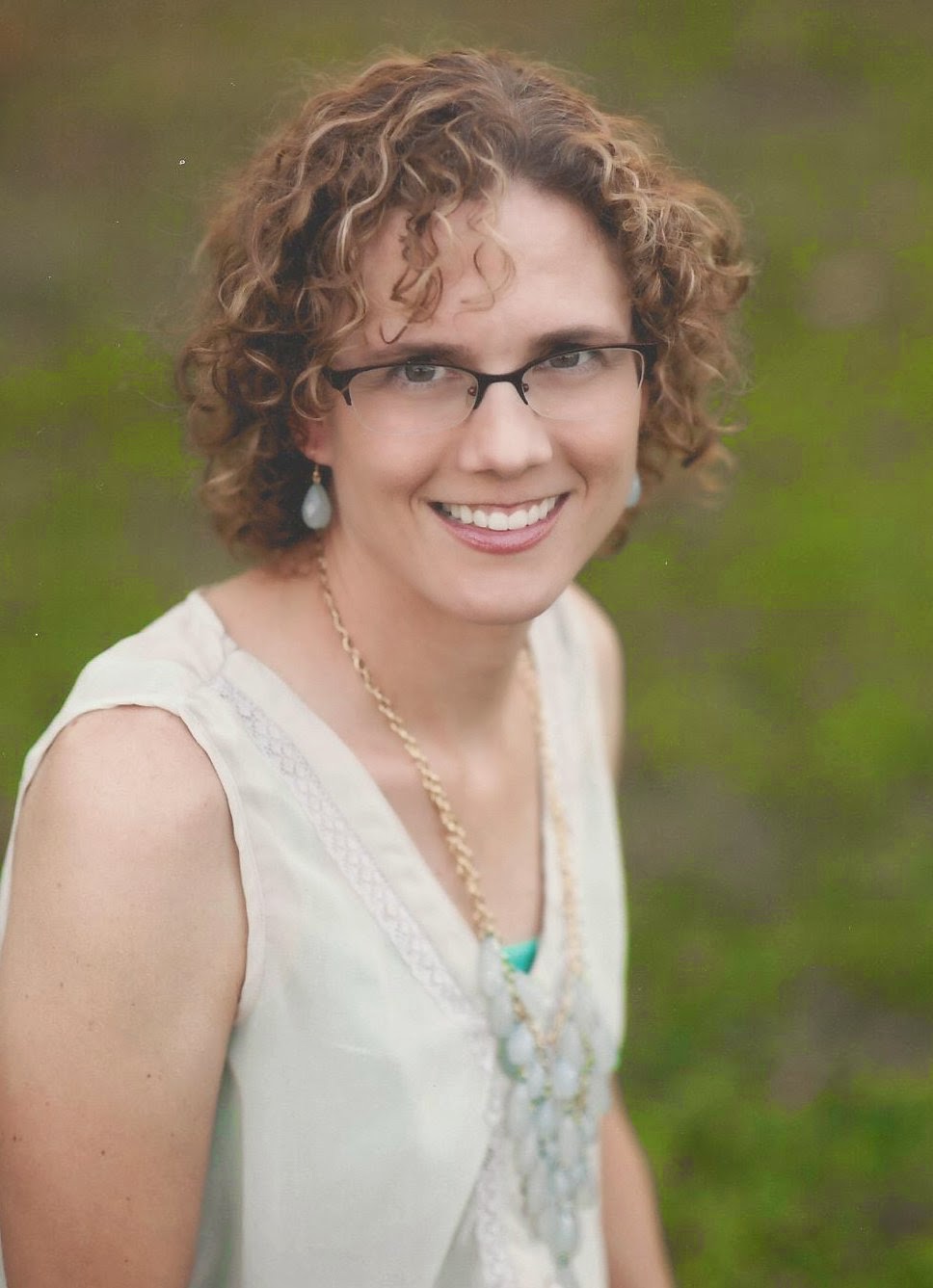 Jennifer Slattery writes soul-stirring fiction for New Hope Publishers, a publishing house passionate about bringing God’s healing grace and truth to the hopeless. She also writes for Crosswalk.com, Internet Café Devotions, and the group blog, Faith-filled Friends. When not writing, Jennifer loves going on mall dates with her teenage daughter and coffee dates with her handsome railroader husband.
Visit with Jennifer online at JenniferSlatteryLivesOutLoud.