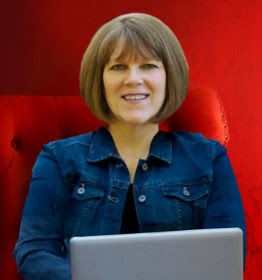 SUSAN SLEEMAN is a best-selling author of inspirational and clean read romantic suspense books. Awards include Thread of Suspicion-2013 Romantic Times Reviewers Choice Best Book Award, No Way Out-2014 Daphne du Maurier Award for Excellence finalist, and The Christmas Witness-2012 Daphne du Maurier Award for Excellence finalist. In addition to writing, Susan also hosts the popular website TheSuspenseZone.com. She currently lives in Oregon with her husband, but has lived in nine states. They have two daughters, a son-in-law, and an adorable grandson.
Connect with Susan at:
Her Website -   http://www.susansleeman.com
Facebook -      http://www.facebook.com/SusanSleemanBooks
Twitter -       http://www.twitter.com/susansleeman
Review Site -   http://www.TheSuspenseZone.com
ABOUT THE BOOK -


SILENT NIGHT STANDOFF is book one in a new six books series called First Responders. This elite First Response Squad in Portland, Oregon includes two hostage negotiators, a sniper, a bomb technician, an EMT, and a commanding officer. The team not only works together, but also lives together in a remodeled historic firehouse. Each team member possesses great self-control and doesn’t get flustered or react to events in a highly emotional way. They bury their personal turmoil and conflict. Each book features one of the squad members as they seek a way to deal with their conflict by finding peace in their personal lives. 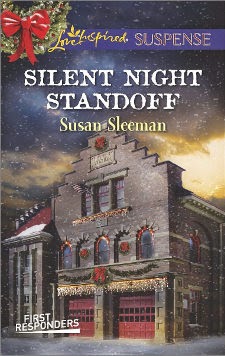 When armed robbers strike her bank, hostage negotiator Skyler Brennan’s life is on the line. Rescue comes from the last person she thought she could count on—the ex-boyfriend who chose his job over their relationship.
FBI agent Logan Hunter knows how much is resting on this case. The promotion of his dreams…and the safety of the woman he’s never been able to forget. But when an unexpected twist in the case pulls Logan in two separate directions, he’ll have to make an impossible

choice. Will he manage to have it all by Christmas—a career and love—or will he lose them both?